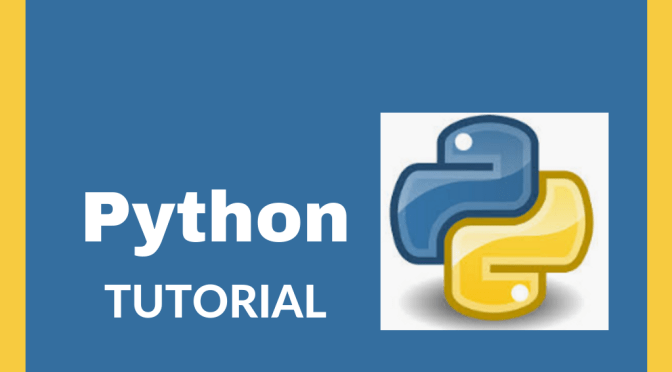 Python is simple and easy Programming language. It is an Object-Oriented Language that is used in Artificial Intelligence, Cloud Computing, Machine Learning, etc. It is used by many global tech giants all around the world.

In this python tutorial, you will learn everything about this programming language. There are 2 widely used versions of Python i.e. Python3 and Python2.

We are using Python3 for this tutorial because it is the current version. On the other hand, Python2 is also a good alternative because of the more refined libraries but we recommend using Python3 as it is the latest version.

Our tutorial will be interactive just like the language. Starting from the basics, you will master all the advanced topics in the language.

By the completion of this tutorial, you’ll be able to understand all the major topics.

Lists
In Python, lists are a collection of ordered and changeable members, you’ll learn how to create, change and manipulate lists. You’ll be able to understand the comparison between lists and the data structure in Python.

Functions
Functions are one of the most important parts of a programming language. Function is a block of code which only comes into use when it is called. It takes some input, processes it and then provides some output according to the code written in it. You’ll be able to understand all of the functions in this tutorial.

Strings
Strings are arrays that include a set of single code data. They do most of the simplification in the output and used in Object Orientation. In this tutorial, you’ll see how strings are created and represented.
Then, you’ll be introduced to basic string operations and then more complex string manipulation methods.

Python with HTML
You must save the Python code with a “.py” extension file and later it can be opened in the browser to see the output. Basically, the browser opens localhost on which you can interact with the code. There are many open-source platforms out there that help you to open an external window, e.g., Anaconda Navigator.

JSON in Python
JSON is a standard way for information exchange. It helps to move data from one place to another. Python also helps you to do this. In this tutorial, you’ll also learn how JSON interacts with Python as a medium because it supports JSON naively.

App Development using Python
Although, we would not create any app using python but you can start building app using python once you master this tutorial. Python is a powerful language which can be used for android and desktop app development from the start. For example, Instagram, which itself is a very powerful app is also created in Python, Spotify, one of the best music streaming services out there was created on Python and there are many more. It is mostly used because of its run-time interpretation, easy readability, and works on all the major platforms.

Tutorials for all brains!